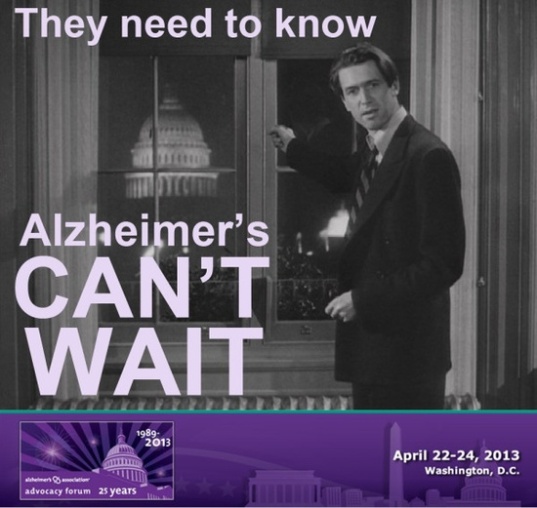 That’s a lot of years to be quite on this issue.

“Today, our scientists are mapping the human brain to unlock the answers to Alzheimer’s; developing drugs to regenerate damaged organs; devising new material to make batteries ten times more powerful.  Now is not the time to gut these job-creating investments in science and innovation.  Now is the time to reach a level of research and development not seen since the height of the Space Race.”

While we can’t get overly excited by the president’s mention of the disease, it seems pretty obvious that the man knows Alzheimer’s disease and other dementias are problem that will cost our country dearly.

So what can we do to make sure Washington knows to make this disease a priority? Well, for starters, you can send an e-mail.

From the folks at the White House:

President Obama’s State of the Union address is just the beginning; now we want to hear from you. Highlight a passage of the speech that was meaningful to you and tell the President how you’re connected to that issue. Then share that part of the speech with your friends.

Spread the word. Post the link to Facebook, to Twitter, to everywhere you can because we have to do something or our Congress will do nothing.