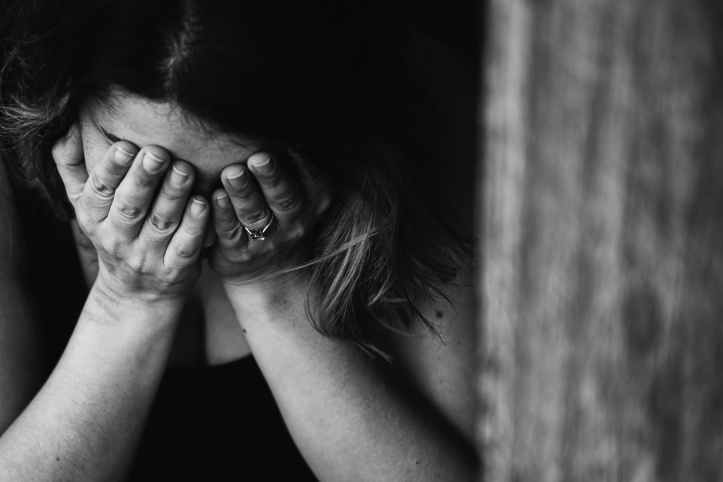 I don’t really know what to say at this point. The thing is, I still have a lot to say. I want to tell our story. I have to. I need to keep going because, well, what else am I going to do? Sit back quietly and wait for this thing to attack my brain? Um, no. So I’ll just ramble and see what comes out. My mother has been gone more than five month now. She died. From Frontotemporal Degeneration (Pick’s disease). He death certificate says the cause of death was Alzheimer’s Disease, but that’s wrong. I don’t know why I haven’t tried to get that changed. Actually, I do know: I’m too tired right now. I’m also angry. Angry at the doctors who we trusted (because that’s what you’re supposed to do)… those “experts” who were supposed to help my mom, treat her with compassion… but more often than not, they harmed her with their debilitating psychotropic drugs. She was a number. Another patient. And they didn’t really care because they didn’t have to — especially those quacks at the geriatric pysch wards (like the doctor who wanted to treat my mother w/ shock therapy because he thought she was bipolar… at 72). For the most part, and with the exception of a small few, their job is stabilize and discharge — in 30 days or less (if possible).

I’m also relieved. Thankful FTD is no longer gnawing away at her brain; torturing her. By the end, my mom’s once bright smile looked more like she was grimacing in pain — her teeth were yellowed and crooked… she was grinding her teeth. It was heartbreaking, yet impossible to get her to unclench her jaw.

And somedays I’m anxious. What am I going to do now? I HAVE TO TELL HER STORY TO EVERYONE AND ANYONE WHO WILL LISTEN — MARIA SHRIVER, JULIANNE MOORE, SETH ROGEN — LISTEN TO ME!!!!!!!!!!!!!!!! HER LIFE MATTERS AND I WANT THE WORLD TO PAY ATTENTION!!!!!!!!!! HER SUFFERING WAS NOT FOR NOTHING! LISTEN TO ME!

I’m not really sure how the stages of grief work when it comes to dementia. And frankly, I don’t care to know. I’ve lost my mother twice: once when she was alive. I grieved then. Then again in August. The only difference is now I can’t hold her hand. I’m not sure if this is grief, per se…. I don’t miss her, but I miss visiting her. I miss visiting the other residents. And I miss those little things about her that I lost a long time ago. Like her smile. Even when she was sick, she would smile and call me, “Mijita!”

She had forgotten my name.

I’m not a soul searcher by nature. I know people who feel deeply and to me, it’s an unnecessary indulgence. Yes, I overthink things, but to find deep, profound meaning in her death (or her life), well, what does that even mean, really? Seriously?! I haven’t written a word since my last post announcing her passing. I don’t talk about her very much. And I’ve cried maybe a handful of times since she left me.

More than anything else, I’m tired. Really tired. A little less so these days since I’ve forced myself to read a little more instead of drowning any sadness in episodes of Modern Family or Mob Wives. Baby steps. Project Runway All Stars is on.

Here’s the problem, truly, when someone is lost to a disease like FTD or any other type of dementia… the burden falls on you, the caregiver; and as that person tumbles down the rabbit hole of dementia, they become utterly and completely helpless. Now it’s up to you to pull up your big girl (or boy) underpants and make some really hard choices. Sometimes you have to choose between “mostly shitty” and “shitty.” And when they finally pass away, you can’t help but think about what you could have done differently (after all, don’t you deserve a happy ending, too?). I sometimes drown in the wouldas, the couldas and the shouldas. And please don’t say, “think about what she was like before she became sick.” You can’t imagine how difficult a task that is to accomplish. She had been sick for a very, very long time… long enough where I have forgotten those good times. But I am trying. I’ve been trying to commune with those old memories in recent weeks. It may sound nuts, but intense physical activity (i.e. spinning) whereby your brain feels like its  on the verge of imploding usually does the trick. Brief moments flash by… poofs of color… and then they’re gone. Though sometimes all it takes is a particular sunrise or a scent. Then, something is triggered.

And it’s a beautiful thing when it happens.