Duh Or Stating the Obvious: Dementia Care Cost Is Projected to Double by 2040 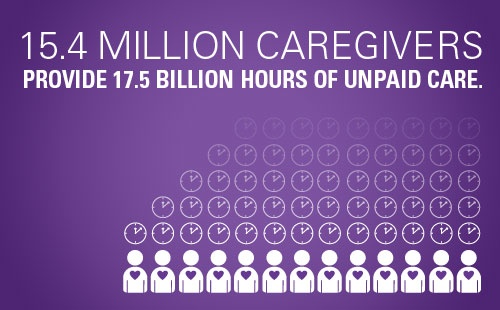 Call me bitter, heck, even disgustingly angry; but when I saw this story on my Facebook news feed, then later listened to a report about the study on NPR’s Morning Edition, I rolled my eyes and thought, “Well, DUH!”

Caregivers are MORE than aware of the ridiculous costs associated with this dementia care — financially, emotionally and spiritually. And while a report like this helps to educate those whose pocketbooks are not yet being impacted by dementia, our elected officials (at every level) must vote to allocate funds to support research initiatives.

Unfortunately, thanks to our not-so-brilliant Representatives in Washington, who bicker like children and most certainly don’t deserve their lucrative pay, health insurance and pension, funding for research has been cut as a result of sequestration.

George Vradenburg, Chairman of USAgainstAlzheimer’s, said it best in a statement his organization issue last month: “From polio to cancer and from heart disease to HIV/AIDS, we have seen that a commitment to targeted research into high-cost diseases is a proven deficit reduction strategy.”

We need a cure. We need a way to delay or stop the onset of dementia. If we don’t come up with an effective treatment plan, dementia costs will bankrupt families.

In the meantime, if you did not know that dementia is a very costly disease, you should read the article below……………………. and maybe start saving your pennies now.

The most rigorous study to date of how much it costs to care for Americans with dementia found that the financial burden is at least as high as that of heart disease orcancer, and is probably higher. And both the costs and the number of people with dementia will more than double within 30 years, skyrocketing at a rate that rarely occurs with a chronic disease.

The research, led by an economist at the RAND Corporation, financed by the federal government, and published Wednesday in The New England Journal of Medicine, provides the most reliable basis yet for measuring the scale of the problem. Until now, the most-cited estimates of the condition’s cost and prevalence came from an advocacy group, the Alzheimer’s Association.

Although some figures from the new research are lower than the association’s projections, they are nonetheless staggering and carry new gravity because they come from an academic research effort. Behind the numbers is a sense that the country, facing the aging of the baby boom generation, is unprepared for the coming surge in the cost and cases of dementia.

“It’s going to swamp the system,” said Dr. Ronald C. Petersen, who is chairman of the advisory panel to the federal government’s recently created National Alzheimer’sPlan and was not involved in the RAND study.

If anything, Dr. Petersen said of the study’s numbers, “they’re being somewhat conservative.” Dr. Petersen, the director of the Alzheimer’s Disease Research Center at the Mayo Clinic, is part of another team collecting data on dementia costs.

The RAND results show that nearly 15 percent of people aged 71 or older, about 3.8 million people, have dementia. By 2040, the authors said, that number will balloon to 9.1 million people.

“I don’t know of any other disease predicting such a huge increase,” said Dr. Richard J. Hodes, director of the National Institute on Aging, which financed the study. “And as we have the baby boomer group maturing, there are going to be more older people with fewer children to be informal caregivers for them, which is going to intensify the problem even more.”

The study found that direct health care expenses for dementia, including nursing home care, were $109 billion in 2010. For heart disease, those costs totaled $102 billion; for cancer, $77 billion.

The study also quantified the value of the sizable amount of informal care for dementia, usually provided by family members at home. That number ranged from $50 billion to $106 billion, depending on whether economists valued it by the income a family member was giving up or by what a family would have paid for a professional caregiver.

Michael D. Hurd, the lead author and a principal senior researcher at RAND, said the team could find no research quantifying such informal care for heart disease and cancer. But he and other experts agree that given the intensive nature and constant monitoring required to care for people with dementia, informal costs are probably much higher than those for most other diseases.

Without a way to prevent, cure or effectively treat these conditions yet, the bulk of the costs — 75 to 84 percent, the study found — involves helping patients in nursing homes or at home manage the most basic activities of life as they become increasingly impaired cognitively and then physically.

“The long-term care costs associated with people with dementia are particularly high because of the nature of the disease,” said Donald Moulds, acting assistant secretary for planning and evaluation at the federal Department of Health and Human Services. “People eventually become incapable of caring for themselves, and then in the vast majority of cases, their loved ones become incapable of caring for them.”

The study used information collected over almost a decade on nearly 11,000 people from a large database called the Health and Retirement Study, considered a gold standard among researchers on aging issues. All of the people followed were given detailed cognitive tests, while a subset of them were more intensely evaluated for dementia and their results used as benchmarks to rate cognitive decline for the others, Dr. Hurd said.

Dr. Hurd noted that in addition to the estimates of people with actual dementia, earlier analyses of the same data estimated that 22 percent of people aged 71 and older — about 5.4 million people — have mild cognitive impairment that does not reach the threshold for dementia. In the study, about 12 percent of those people developed dementia each year, meaning that they experienced problems with memory, concentration and daily functioning that were severe enough to meet the medical definition.

The number of dementia cases calculated in the RAND study is smaller than that from the Alzheimer’s Association, which used a different database and tended to count people in earlier stages of memory loss. The association estimates that five million people aged 65 and older have Alzheimer’s, the most common dementia.

The RAND cost estimates for current dementia care are similar to the Alzheimer’s Association’s, but the association’s future cost projections are significantly higher: $1.2 trillion in 2050.

Robert Egge, the association’s vice president for public policy, said his group’s cost projections are based on the assumption that “more and more people will be in severe stages of dementia” in the future because they will be older. He said his group welcomed the RAND study, especially its comparison of dementia to other serious illnesses. It shows that groups using different methodologies reached the same conclusion about the high costs of dementia care, he said.

Dr. Petersen, whose team at the Mayo Clinic will be analyzing costs using a third distinct data set, said he suspected that “the reality is somewhere in the middle” of the RAND numbers and the Alzheimer’s Association’s projections.

When it comes to dementia, Dr. Hurd said, his team’s study could not capture the full toll of the disease. “One thing we haven’t talked about, and it’s not in the paper, is the tremendous emotional cost,” he said. “Economists are coldhearted, but they’re not that coldhearted.”